2012 composite blue marble update; the other hemisphere from the original 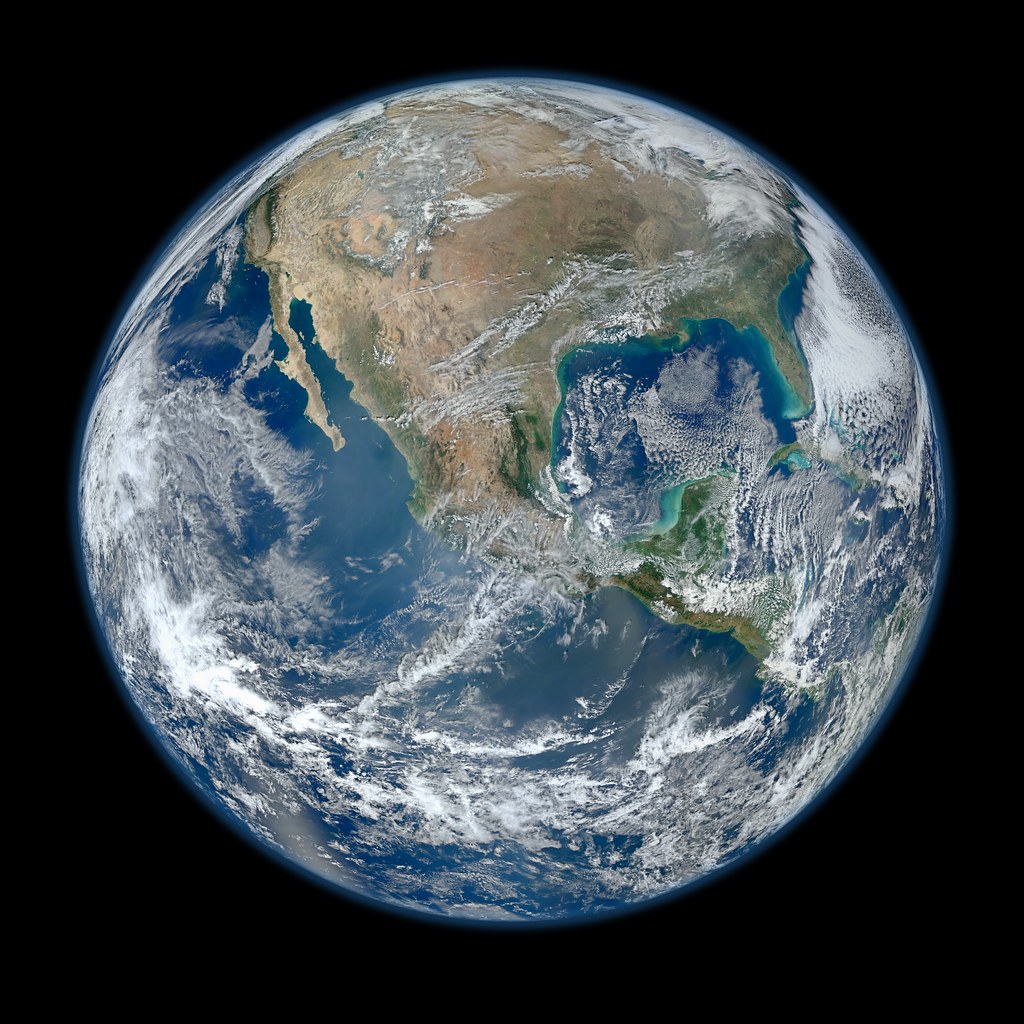 A 'Blue Marble' image of the Earth taken from the VIIRS instrument aboard NASA's Earth-observing satellite - Suomi NPP. This composite image uses a number of swaths of the Earth's surface taken on January 4, 2012. This image was released to the public on January 25, 2012.

The NPP satellite was renamed 'Suomi NPP' on January 24, 2012 to honor the late Verner E. Suomi of the University of Wisconsin.

Sentences, Paragraphs and More on Sustainability, Open Source, Design, and how Everything is Connected in general.